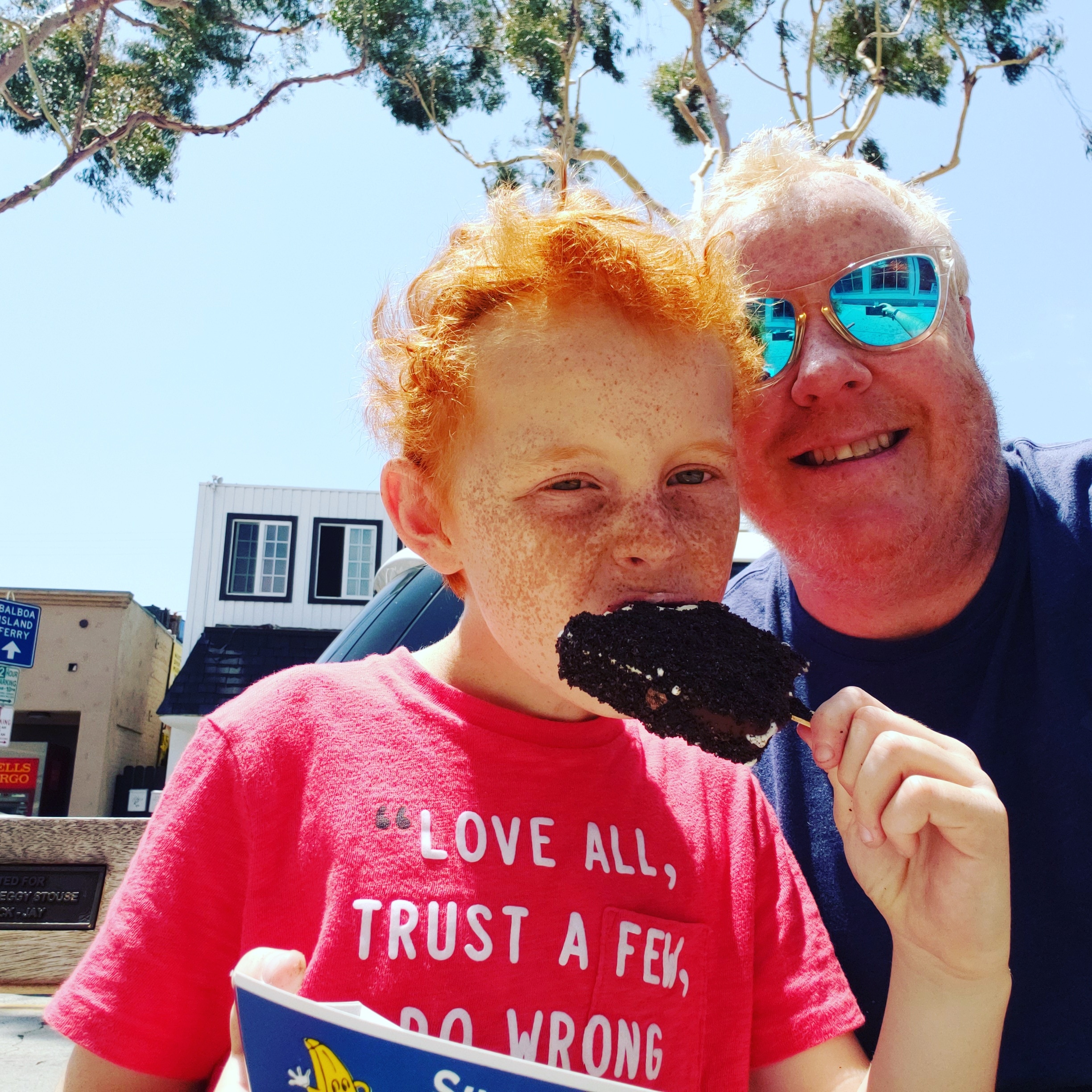 History of National Redhead Day
Every November 5, National Redhead Day is also known as Love Your Red Hair Day in the United States, the United Kingdom and other parts of the world. Although the rest of us natural brunettes and blondes may throw a little shade, people with red hair get this one day to celebrate their most rare of hair colors.

We have two redhead sisters to thank for coming up with Love Your Red Hair Day or National Redhead Day. In 2015, Adrienne and Stephanie Vendetti  wanted people to be proud of their red hair in response to negative posts on a Kick a Ginger Day site. (The term, ‘ginger,’ is seen as a derogatory description of people with red hair.” As part of their slapback, the women created their website, “How To Be a Redhead,” which eventually added Love Your Red Hair Day.

So, what makes redheads so special? It’s all about genetics. If both your parents were born with the mutated MC1R gene on Chromosome 16, you’re probably  a redhead. But, you can still be born with red hair even if neither of your parents has it. Even if one of your parents is a redhead, there’s one chance in two that their child may be red-haired. It’s also possible to be a natural redhead if you’re a black person or even, Chinese.

In historical folklore, redheads were often accused of being witches who “stole the fire of hell” and were later burned at the stake during the Spanish Inquisition. Additionally, red-haired people were seen as “unclean” nymphomaniacs. All of this, of course, is untrue but some of the stereotypes of redheads have lasted to this day. On National Redhead Day, rock your hair any way you like and hold your flame-colored head up proudly!

Red hair has always been unique and striking to all of us. While many redheads are unfortunately subject to jokes and mockery, we all love their fiery tresses.

​2016
Emma Stone gave redheads the spotlight
Actress Emma Stone brought redheads into a whole new light during her performance in the movie "La La Land." Red hair became a highly requested thing at salons after this movie came out.​
2015
National Redhead day began
Co-founders of "How to Be a Redhead," Adrienne and Stephanie Vendetti started National Redhead Day.
1891
The Red-Headed League is published
Sir Arthur Conan Doyle, creator of Sherlock Holmes, writes the mystery, “The Red-Headed League,” which is published in England’s “Strand” Magazine.
​70,000 Years Ago
​First redhead ever

Two of today's three variants of redheads originated in West Asia 70,000 years ago. ​
National Redhead Day FAQs
What day is National Red Hair Day?
National Red Hair Day, also known as Love Your Red Hair Day is annually observed on November 5.
Do redheads feel pain differently?
It’s widely believed (and there are studies to back it up) that people with red hair are more sensitive to pain. Medical experts and geneticists seem to think that the same MC1R recessive gene that causes red hair also makes redheads more liable to feel pain than other people.
Which colors should redheads avoid wearing?
Oranges and yellows are a fashion no-no for redheads while apricot and lavender look great on those with red hair.
National Redhead Day Activities
Rock your favorite hairstyle
Let your hair be the true star of the show! Head to a salon and get your hair done to show it some extra love.
Throw a party with fellow redheads
It may be a small party, but we bet it will be a good one! Get together with your other redhead friends and celebrate your rare and beautiful locks.
Pay homage to famous redheads in Hollywood
Put on your favorite movies and shows starring redheads. Think "I Love Lucy," "La La Land," "The Wizard of Oz," and countless others.
​5 Colorful Facts About Redheads
The rarest of the rare? Red hair and blue eyes
Though you may think redheads typically have blue eyes, you are wrong. Very few redheads have blue eyes — in fact most of them have brown. ​
Redheads grey slower​
Another plus of being a redhead is that their hair turns to grey slower than other hair colors. So enjoy and embrace that color even more! ​
​Redheads tend to be left-handed
Beating out both blondes and brunettes, more redheads are left-handed than any other hair color. Yet another thing that makes them stand out. ​
​Redheads have fewer hair strands
According to research, redheads have on average 90,000 strands of hair. This is fewer than brunettes who clock in at 140,000 strands and blondes at 110,000. ​
​Redheads are better at making Vitamin D
Redheads are great at making their own Vitamin D. This is likely because they have less eumelanin in their bodies than other hair colors, so they've got to make up for it somehow.
Why We Love National Redhead Day
Authentic redheads are rare
Only 2% of the world's population has red hair. Now you see why it's worth all this celebration.
Redheads are considered mutants
No, not the Teenage Mutant Ninja Turtle type. Red hair is caused by the mutation of a gene that creates a new recessive gene, MC1R.
Red hair is royal hair
Another reason to celebrate redheads today (and everyday) is the fact that much of the British royal bloodline were redheads. Queen Elizabeth I herself was a proud redhead — and passed that gene down.