Laguna Niguel is getting a DOWNTOWN!! 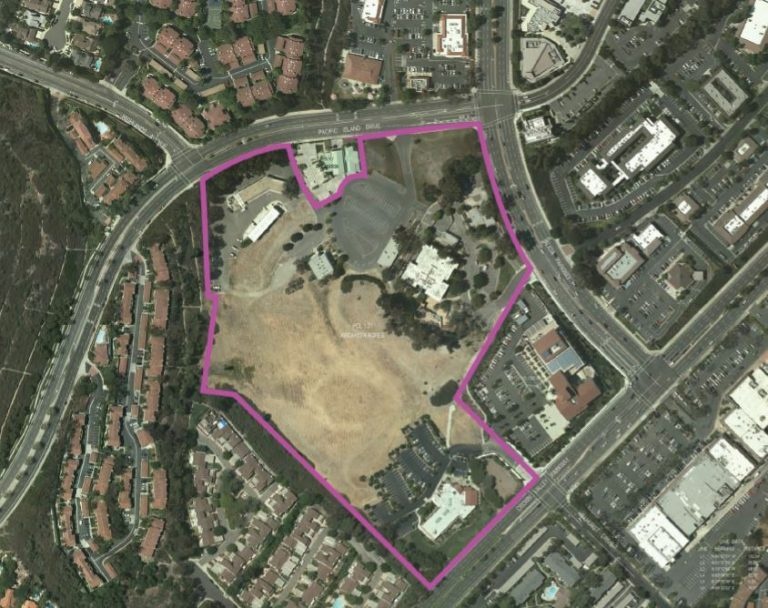 We are super excited Laguna Niguel is going to have a fun downtown scene! This is the one thing my family has been pushing for! Jon

In the spring of 1990, just a few months after Laguna Niguel incorporated and became Orange County’s 29th city, Jerry and Marilyn McCloskey spoke with a Los Angeles Times reporter about what it was like to live in the South County “master-planned community.” They said it was quiet (of course), temperate (yup), and an all-around great place to live. Well, mostly.

“If ever there was a mistake here, it is that it should have developed a downtown more,” Jerry McCloskey said in the April 29, 1990 Times story. “There is a lot of county government there, but it would have been nice if there were more of a city center. There’s more of an emphasis on neighborhoods than on the city.”

Well, the city listened to Jerry McCloskey. Took them 29 years to do it, but Laguna Niguel is finally getting a downtown. And what a downtown!

“The new city center in Laguna Niguel is going to bring a wealth of opportunity to the community,“ said 5th District Supervisor Lisa Bartlett in a July 24 press release. “This Public-Private Partnership with the County and Laguna Niguel Town Center Partners, LLC, is going to set an example for surrounding cities on how we can all work together to expand our local economies and bring a welcomed mix of housing, dining, and entertainment options to residents.”

In case you’re wondering what exactly Laguna Niguel Town Center Partners, LLC is, it’s a partnership between Burnham Ward Properties and Sares-Regis Group. The former has previously developed projects like SOCO & the OC Mix in Costa Mesa while the later developed the Boardwalk in Huntington Beach.

According to the July 24 news release, the new 200,000 square-foot downtown–located on county property next to the Laguna Niguel City Hall–will have “vibrant mixed-use commercial space,” 275 “stylish apartment homes,” “curated culinary delights,” “intellectuals” (!), “programmed events,” “modern technologies,” and “a variety of communal spaces for people to come together.” The press release also wants you to know that “A high level of attention will be given to the spaces between the buildings to pay homage to Laguna Niguel’s commitment to open spaces, natural landscape and utilizing the natural topography of the land.”

Because when I think of “open space” and “natural topography,” my mind immediately jumps to alleyways and parking lots.

Oh wait, there may not be so many parking lots in the new City Center. According to Chris Payne, a managing director at Sares-Regis Group, “residents will have the ability to walk to an exciting array of restaurants, shops and office[s] without the need to get in a car, which is a unique experience in Orange County and a desirable lifestyle that does not exist in the current marketplace.”

Whoa–you mean to say that Downtown Laguna Niguel will be–and I can’t even believe I’m writing this word–walkable? Like, people can get around it without having to be in an automobile? What the hell kind of utopian science fiction is going on in Laguna Niguel these days? And while Chris Payne is technically correct that such a “lifestyle” most certainly doesn’t exist in the “current marketplace,” I’m not even sure it exists anywhere in South Orange County.

And to think, Jerry McCloskey was probably just looking for an easier way to get to the post office when he made that complaint so many decades ago.

Anyway, this isn’t the first time Laguna Niguel flirted with a building a downtown from scratch. In 2015, the City of Laguna Niguel and the County of Orange agreed to a plan from Shaheen Sadeghi’s LAB Holding to build the “Agora Arts District Downtown” at the same site under development today. But in August 2017, the county soured on the deal and cancelled it, though county officials waited nearly two months before telling Sadhegi and the City of Laguna Niguel, according to this Voice of OC story.

ANTHONY PIGNATARO
Anthony Pignataro has been a journalist since 1996. He spent a dozen years as Editor of MauiTime, the last alt weekly in Hawaii. He also wrote three trashy novels about Maui, which were published by Event Horizon Press. But he got his start at OC Weekly, and returned to the paper in 2019 as a Staff Writer.