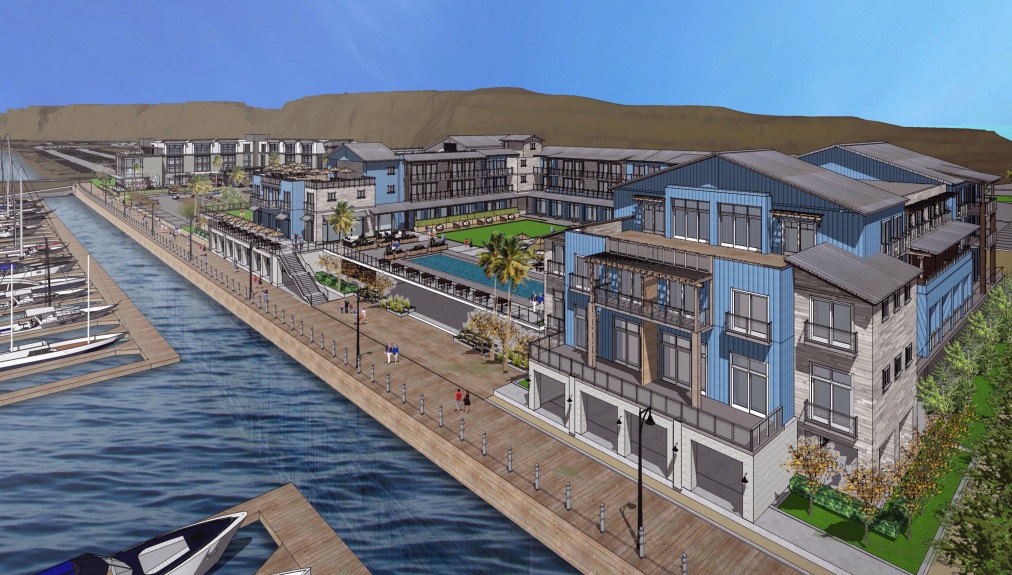 DANA POINT — Just days before a Newport Beach developer group inks a 66-year deal with the County of Orange to renovate the 47-year-old Dana Point Harbor, boaters, merchants and residents got a final chance to weigh in on what it will look like.

Dana Point Harbor Partners, on Monday, Oct. 22, provided more details on plans for the $330 million renovation. The public update was the last one scheduled before the county and DPHP are expected to sign their lease agreement Nov. 1.

DPHP released details on the overall budget and financing plans for the project and provided specifics on the dry boat storage facility.

“We are just days away from committing the redevelopment and operations of our harbor to a private firm under a 66-year master lease,” said James Lenthall, who heads up the harbor’s advisory group and the Dana Point Boater’s Association. “This is the most transformative time in our harbor’s history since it was first constructed nearly 50 years ago. I was so pleased to see the product of our hard work and collaboration with the county and DPHP be embraced by our community.”

inRead invented by Teads
Bryon Ward, of Burnham-Ward Properties, and Bob Olson of  R.D. Olson Development, will work together on the harbor’s commercial core. Joe Ueberroth, of Bellwether Financial Group, will build the waterside.

Together they outlined the project saying, in the best-case scenario, construction on the first phase — which includes a three-level parking structure near where the launch ramp day parking is now and close to Dana Wharf — could start by the end of 2019.

Olson presented a slideshow of what the two new hotels might look like and invited the public to visit the Lido Hotel in Newport Beach, a venue with similar amenities to the high-end hotel planned for Dana Point Harbor.

He also offered more insight into the plan for the two hotels — each with 130 rooms. The luxury hotel will be near the retail area of the harbor and the more affordable hotel will be built in the spot where the Marina Inn is now. The hotels will be connected and parking below the hotels will be exclusively for boaters.

Ward expanded on plans for the renovation of Dana Wharf, where new facades will be placed on existing buildings. A surf museum is also planned.

Donna Kalez, who manages Dana Wharf Sportfishing and Whale Watching and has a fleet of 16 boats in the harbor, said she realizes she and other business people on the wharf will have to work around the facade re-construction.

“Business must go on and so we’ll just figure it out,” she said. “It’s super exciting. We’re finally seeing change for the better — we’ve been stalled for so long.”

Other areas of the harbor’s commercial core near El Torito and Harpoon Henry’s, will get new buildings. Ward assured merchants that those who sign leases with DPHP will be moved from their existing building into another one so they can continue to operate.

Jim Miller, president of the Dana Point Harbor Merchants Association, operates Coffee Importer in that stretch of buildings. He said the upheaval will be worthwhile.

“We merchants are happy with the phasing plan,” he said.

Ueberroth addressed questions from boaters related to the possessory interest tax (a tax boaters pay for occupying public space on the water), the wait-list policy for boat slips and the phasing and construction timeline for the commercial core and retailers there.

The developer group has agreed to take over the possessory interest tax as the master lease holder. The tax will not be passed on to tenants and they will not be required to pay it directly as they do now.

Presently, for all boat slip sizes larger than 30 feet, demand exceeds supply, so there is a wait list. Slips are supposed to be assigned as they become available to the next name on the wait list for each size category. For some slip sizes, the wait can be 10 to 15 years or longer.

“For years we have pressed the county and the marina operators to closely monitor slip vacancies and slip assignments to ensure fair and equitable allocation of slips from the wait list,” said Lenthall, who waited nearly a decade for his 55-foot slip. “As we prepare to hand over our harbor to Dana Point Harbor Partners, we have urged them to develop a wait list policy that ensures integrity, transparency and trust in the process. We want to make sure they have a tight process that eliminates illegal slip transfers that bypass the wait list.”

Other questions from boaters, including the location of the boater’s bathrooms, how to manage the sea lion population in the harbor and new ways to promote water quality also were discussed.

Pump-out stations also will be installed at each dock making it easier for people to get rid of waste on their boats.

Ron Vangell, of San Clemente, who has a 47-foot sport fishing boat in the harbor, said he welcomes the changes.

“The docks are in rough shape,” he said. “It’s great they will put a pump-out at each slip. Some people with holding tanks don’t dispose them properly.”

Richard Gardner, of Capistrano Beach, doesn’t have a boat in the harbor but is around it regularly. He said he’s a bit apprehensive about the “coastal” theme for the architectural style being planned in the renovation.

“I like the rustic, nautical theme,” he said. “I don’t know what “coastal ” means. I see a lot of metal. I’d also like more information on the No. 1 jewel being planned here — the surf museum.”