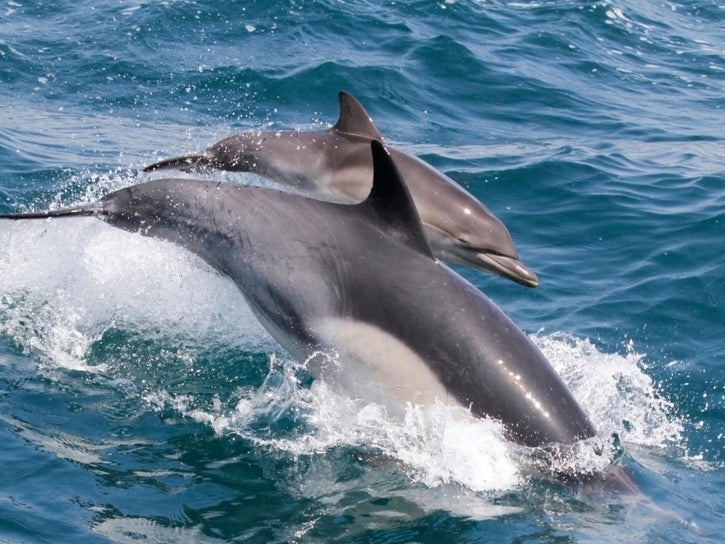 DANA POINT, CA — Tourism officials Thursday announced they have won a trademark for Dana Point as the "Dolphin and Whale Watching Capital of the World."

"We are elated about the receipt of this trademark. From when Richard Henry Dana Jr. first sailed into the area in 1835 to today, Dana Point has been wooing whale and dolphin lovers with endless opportunities to connect to the ocean," said Jonny Westom, executive director of Visit Dana Point. "All year long, locals and visitors can embark on whale and dolphin watching excursions to see these majestic animals."

For evidence, trademark officials were told that Southern California has about 450,000 common dolphins in the area, which is more per square mile than anywhere else.

Subscribe
Along the Orange County coast there are five species of dolphins and whales swimming locally throughout the year. But Dana Point has the best access to where whales and dolphins most often frequent and the city also holds the annual Festival of Whales, which the trademark applicants say is the longest-running whale festival in the world.

Congratulations to some of Patch's favorite whale watchers!